Hello everyone!
I must confess, I stumbled across this site as I was searching for links to a little place in Kentucky called (surprisingly enough) Wooton, Kentucky!Imagine my surprise when I discovered this little site dedicated entirely to my family... namely, all of you!In brief, lets face it, our surname is unusual, and, if you happen to find another Wooton, odds have it we're related!But, although I could initiate a bit of a geneological coup by introducing or requesting ancestreal lineage information, for now I think I'll just take advantage of the opportunity to say HELLO!! to all of my family that is still alive and well, wherever you may be!
In brief, I'm 30 years of age, residing in Phoenix, Arizona, but hailing originally from Nashville, Tennessee, and of the Hanson, Kentucky Wooton stock.My grandfather was James Edgar Wooton, born of Thomas Pryor Wooton, married to a young woman of the Combs clan, if I remember correctly.I refuse to divulge additional information until I check my records ;) ...which are extensive up to and including the kids of the Thomas Pryor Wooton clan.
but for now, I say one thing...... I know that the folks that correspond here are looking for genealogicalinfo, which is very admirable... but also, please, take the time to say, Hello!Tell us about yourself!We're really still quite a small family, just check your White Pages... please write just a few lines... I know at least I would like to know a little bit of your story! You have relatives about that are pleased to meet you!
cheers!Your cousin,
Tom Wooton 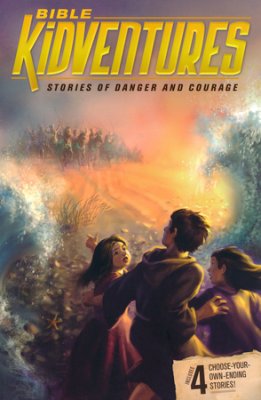 The first volume of this series dealt with the initial 19 months of the air war over the Western Desert of North Africa. This volume picks up the story as the 8th Army, following its hard-fought success in Operation Crusader, was forced back to the Gazala area, roughly mid-way between the Cyrenaican/Tripolitanian border of Libya and the frontier with Egypt. It covers the lull prior to the disastrous defeat of the 8th Army in June 1942 and the loss of the important port and fortress of Tobruk. The costly efforts of the Allied air forces to protect the retreating British and Commonwealth troops and prevent this turning into a rout is examined in depth. So too is the heavy fighting which followed in the El Alamein region as the line was stabilised. This period was ameliorated somewhat for the Western Desert Air Force by the arrival - at last - of the first Spitfires. The build-up of both the army and air force which followed, coupled with new commanders on the ground, meant that Rommel's Deutsche Afrika Korps was defeated at Alam el Halfa at the start of September, and then again, comprehensively, at the climactic battle of El Alamein in October. Joined now by the first units of the United States Army Air Force, the Allied air forces began to achieve a growing ascendency over those of the Axis. The long, rather slow, pursuit of the Italo-German forces right across Libya is recounted, including the capture of Tripoli, followed by the breakthrough into Southern Tunisia at the end of March 1943. This allowed a link-up with the Allied forces in Tunisia (whose story will be related in Volume 3) to be achieved. In this volume follow to the fortunes of some of the great fighter aces of the Desert campaign such as Jochen Marseille and Otto Schulz of the Luftwaffe, Franco Bordoni-Bisleri of the Regia Aeronautica and Neville Duke, Billy Drake and 'Eddie' Edwards of the Commonwealth air forces. While the fighting above the constantly-moving front lines form the main narrative of this book, the Allied and Axis night bombing offensives and the activities of the squadrons co-operating with the naval forces in the Mediterranean are certainly not neglected.