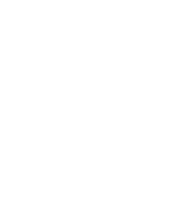 Goals from Cristiano Ronaldo and Wales’ Aaron Ramsey helped Juventus to secure a 3-1 victory over 10-man Sassuolo in Serie A on Sunday, lifting the champions to fourth place in the standings.

Following their win at leaders AC Milan in midweek, Juventus struggled to create many chances in the first half, but their cause was aided after Pedro Obiang was sent off for a dangerous tackle on Federico Chiesa just before halftime.

Juventus capitalised on the numerical advantage as Danilo was left in plenty of space to fire home a fierce opener in the 50th minute, but the lead lasted just eight minutes as Gregoire Defrel levelled to stun the hosts.

Ramsey, who has been in and out of the side this season, put Juve in front in the 82nd minute with his first goal of the season. In contrast, Serie A top scorer Ronaldo took his season’s tally to 15 as he struck in stoppage-time to complete the win.