Description This is Metroid Confusion and involves the world of Super Metroid and the original Metroid put together. This is one of my earliest quests (as early as when the Quest of Beings was released) and I never managed to finish it until probably 2011-12. Hub 1★ DLC // Metroid: Special Mission. Message from HQ: Something is plotting to steal the galaxy's most powerful weapon! That beak, that ominous purple skin. 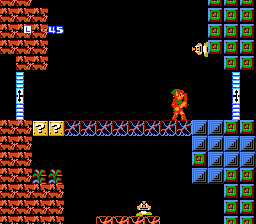