Use of projected images and lyrics during worship is growing. However, some churches invest in projection technology, only to realize it isn’t practical to use in their worship space or with their planning resources. Consider these points before diving in. Large flat screens simply won’t fit. So if your PC connected to internet and you are playing music the lyrics will appear automatically.Best thing With MiniLyrics is it show those line which are playing on that moment, mean its fully synchronized with music player.If you feel its not sync then you can change it by clicking on search tab and choosing another lyrics of that song.

It is a grey and rainy Monday here in York. I am doing my research and writing while staring out at my pot plants, which all look happy to by enjoying a good shower. My grandma always tried to put a positive spin on such gloom by referring to her precious garden – ‘It’s good growing weather’.

Taking inspiration from the plants, let’s grow a little too; in knowledge. My scholar alert lead me to a new paper over the weekend that peaked my interest as it relates to one of my ongoing research collaborations. I am working with Dr. Jakke Tamminen (Royal Holloway) on a project that looks at how music influences the way we learn new words. Our first paper was recently accepted by Memory. In the paper we showed an impact of familiar (not with unfamiliar) music on long-term (over the course of one week) consolidation of new words in the mental lexicon. Our next studies will look into the mechanisms for this music-boost learning effect and will investigate aspects of music, such as tempo and rhythm, that have not yet manipulated.

The new study on my horizon is by Irene Alonso and her colleagues, and looks at the brain basis on how we integrate music and lyrics. This is a process that seems effortless, but in reality is a highly complex cognitive act that relies on binding, the process by which we combine otherwise separate streams of information.

The question is, to what extent are similar brain systems activated when we learn music and lyrics together vs. in isolation?

One important memory area of the brain is the Medial (in the middle), Temporal (behind your ears) Lobe (brain area).

MTL activity occurs when we learn a new song and successfully recognise it later on. MTL contains, amongst others, a structure known as the hippocampus. The hippocampus has long been associated with memory activity, but also with spatial awareness and temporal sequencing.

The researchers decided on a simple test of the hippocampus function in binding music and lyrics in song. They presented either:

If the hippocampus is involved in stitching music and lyrics together then there should be more hippocampal activity in task 2, compared to task 1.

Another brain area of interest to the researchers is the Inferior (below – closer to your neck than your scalp) Frontal (yep, at the front) Gyrus (a ridge in the cortex). The IFG tends to be activated by tasks that require structural understanding. Since the sung stimuli involve sentences it would be expected to see some IFG activity as the brain processes the syntax online.

My hypothesis is that you might see more IFG activity in task 2, if the IFG is involved not only in basic syntax (which should be the same in both tasks) but also in an element of binding in memory. 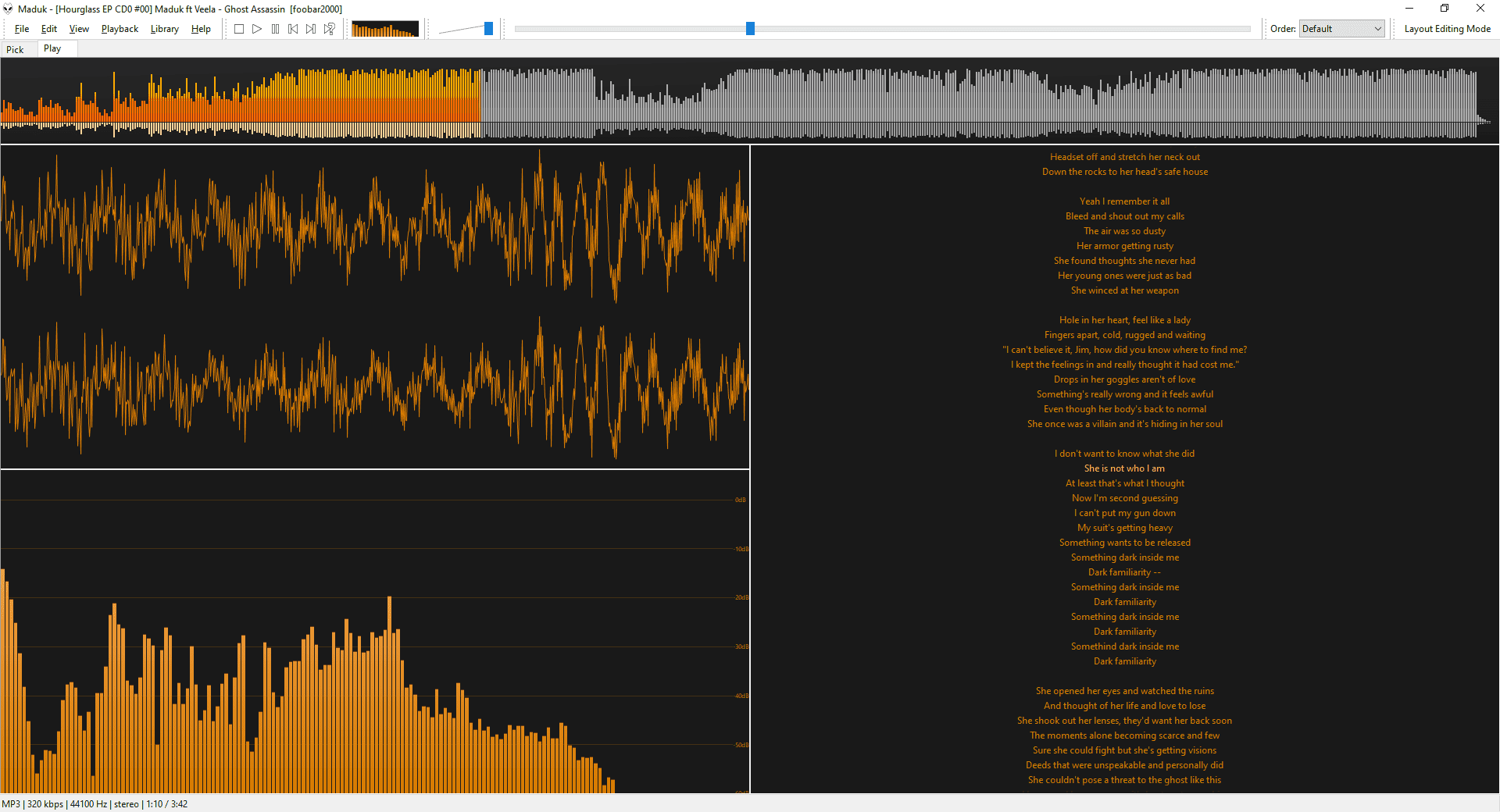 Two sets of 54 pairs of songs with interchangeable lyrics and melodies were created based on a collection of 19th Century French folk songs. 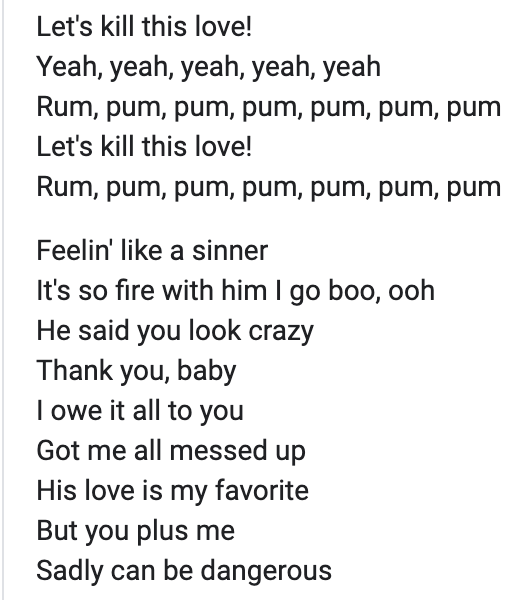 The test took place in the fMRI scanner so the researchers could measure brain activity during each trial. Every to-be learned song was presented twice, followed by a period of 6 seconds where they were told to rehearse the new song in their minds. They then heard the next new song.

After the encoding phase, the recognition phase began where participants heard the 6 new songs mixed in with 6 ‘false’ (red herring) songs which had mixed up the lyrics and tunes that were presented at encoding.

All participants recognized the new songs above chance in the unified condition (task 1). This suggests that participants could successfully memorise the bound lyrics and melodies. Fewer people (15/22) did well with task 2, confirming that the requirement to bind lyrics and music in the mind is more difficult than when they are presented unified.

Harder task = more cognitive effort = more brain activity! This might seem obvious as a result, but it is the pattern of additional activity that is interesting.

The hippocampus comes into play during task 2, suggesting it is involved in the complex binding as opposed to just any old memory task. 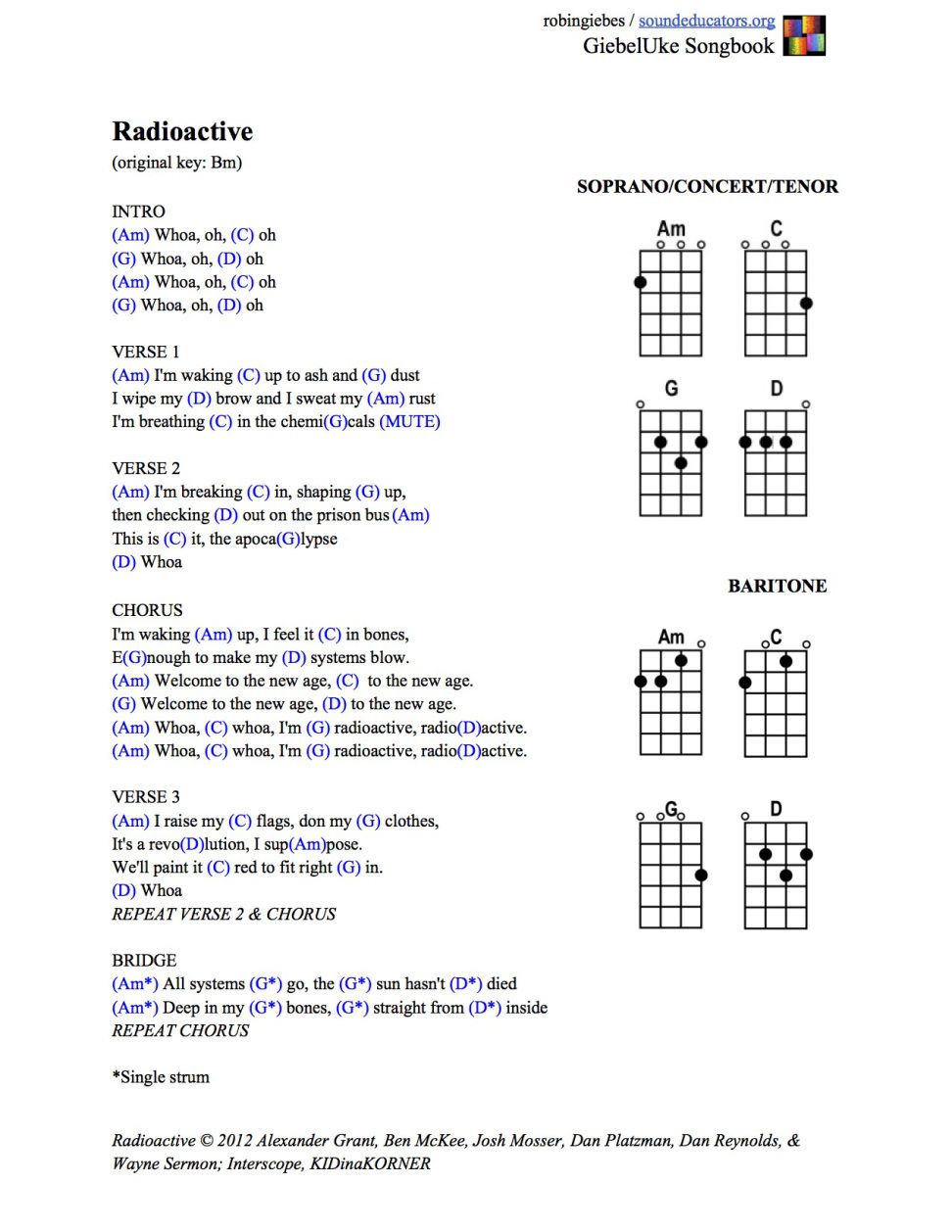 Also of note was that MTG activity was greater in task 1. This authors suggests that perhaps the MTG is activated more by perceptual richness in the stimuli. Bound lyrics and song will be richer in the auditory domain than reading the lyrics and hearing ‘la’ over and over again.

Another possibility is that MTG (as well as IFG) is involved in covert rehearsal on songs within the phonological loop; more MTG activity in task 1 simply reflects the fact that rehearsal is easier when the song is presented as a whole than when you are required to piece it together from its parts.

Brain structures that were key to the encoding of successfully remembered songs were the hippocampi on both sides of the brain, as well as the right IFG. So both brain areas of interest in our introduction were active, though in a slightly different way to my expectations.

The present results extend the role of IFG and MTG, from the recognition and imagery of familiar songs (Herholz et al., 2012) to newsongs. However, it remains open if other non-verbal auditory binding examples, such as for instance timbre and melody, may depend on similar mechanisms, or whether IFG involvement is restricted to binding melodic and verbal information.

The greater activation of the hippocampus in task 2 as opposed to task 1 is curious. The authors suggest this supports the role of this brain area in binding, though of course it could just be a reflection of increased memory demand between task 1 and 2.

Other brain areas of interest that popped up in task 2 were the basal ganglia (caudate) and cerebellum. There was no real prediction for these areas beforehand though the authors interpret their involvement as a reflection of the importance of timing and sequencing networks when learning a new song. In particular, task 2 puts a greater strain on the need to form a temporal context, to stitch word and note together in time.

Lyrics Will Be Displayed During Plating Songsan Info System Problems

These brain areas are involved in motor planning of course, so their activation could reflect the involvement of a larger motor network that was required to help bind and rehearse new written lyrics to a new melody.

Lyrics Will Be Displayed During Plating Songsan Info System Technology

Lyrics Will Be Displayed During Plating Songsan Info System Information

The authors observed involvement of the hippocampus along with a complex auditory– motor network engaged in timing and sequencing processing for binding lyrics and melodies when they are presented separately.

In other words, when you learn a new song there is an extensive network of auditory and motor systems, along with basic memory processes and language comprehension areas, that help you encode a tune and lyrics without you having to make a sound or move a muscle.

Lyrics Will Be Displayed During Plating Songsan Info Systems 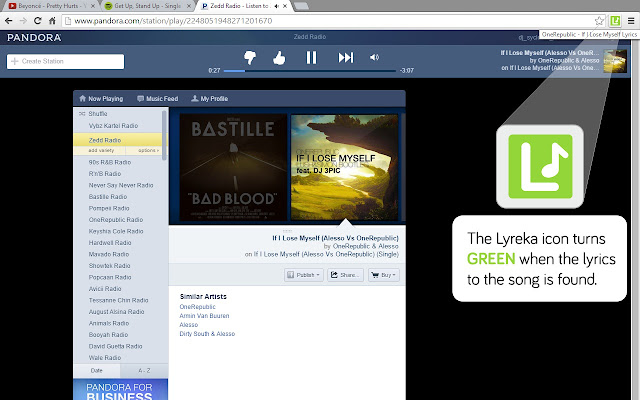 This network has to work harder and extend to wider systems if song elements are broken apart, for example if trying to learn lyrics by reading them while the tune is played. This harder task can be done, but fewer people can take in new songs well this way. We are built to hear and remember song as we produce it – as one package.