LINUX is an operating system or a kernel distributed under an open-source license. Its functionality list is quite like UNIX. The kernel is a program at the heart of the Linux operating system that takes care of fundamental stuff, like letting hardware communicate with software.

Why do you need an OS?

Every time you switch on your computer, you see a screen where you can perform different activities like write, browse the internet or watch a video. What is it that makes the computer hardware work like that? How does the processor on your computer know that you are asking it to run a mp3 file?

Well, it is the operating system or the kernel which does this work. So, to work on your computer, you need an Operating System(OS). In fact, you are using one as you read this on your computer. Now, you may have used popular OS's like Windows, Apple OS X, but here we will learn introduction to Linux operating system, Linux overview and what benefits it offers over other OS choices.

Linux is an operating system or a kernel which germinated as an idea in the mind of young and bright Linus Torvalds when he was a computer science student. He used to work on the UNIX OS (proprietary software) and thought that it needed improvements.

However, when his suggestions were rejected by the designers of UNIX, he thought of launching an OS which will be receptive to changes, modifications suggested by its users.

The Lone Kernel & the early days

So Linus devised a Kernel named Linux in 1991. Though he would need programs like File Manager, Document Editors, Audio -Video programs to run on it. Something as you have a cone but no ice-cream on top.

As time passed by, he collaborated with other programmers in places like MIT and applications for Linux started to appear. So around 1991, a working Linux operating system with some applications was officially launched, and this was the start of one of the most loved and open-source OS options available today.

The earlier versions of Linux OS were not so user-friendly as they were in use by computer programmers and Linus Torvalds never had it in mind to commercialize his product.

This definitely curbed the Linux's popularity as other commercially oriented Operating System Windows got famous. Nonetheless, the open-source aspect of the Linux operating system made it more robust.

Linux gets its due attention

The main advantage of Linux was that programmers were able to use the Linux Kernel to design their own custom operating systems. With time, a new range of user-friendly OS's stormed the computer world. Now, Linux is one of the most popular and widely used Kernel, and it is the backbone of popular operating systems like Debian, Knoppix, Ubuntu, and Fedora. Nevertheless, the list does not end here as there are thousands of Best versions of Linux OS based on the Linux Kernel available which offer a variety of functions to the users. 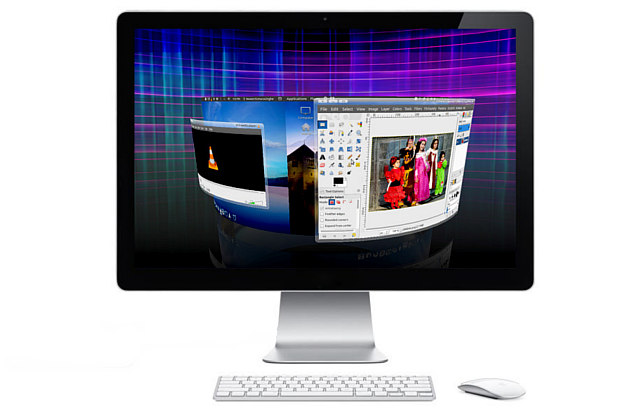 The benefits of using Linux

Linux OS now enjoys popularity at its prime, and it's famous among programmers as well as regular computer users around the world. Its main benefits are -

It offers a free operating system. You do not have to shell hundreds of dollars to get the OS like Windows!

Users, who are new to Linux, usually shun it by falsely considering it as a difficult and technical OS to operate but, to state the truth, in the last few years Linux operating systems have become a lot more user-friendly than their counterparts like Windows, so trying them is the best way to know whether Linux suits you or not.

There are thousands of Best Linux OSs and Linux softwares available based on the Linux Kernel; most of them offer state-of-the-art security and applications, all of it for free!

This is what Linux is all about, and now we will move on to how to install Linux and which Distribution you should choose.

I am asked to Learn Unix? Then why Linux?

UNIX is called the mother of operating systems which laid out the foundation to Linux. Unix is designed mainly for mainframes and is in enterprises and universities. While Linux is fast becoming a household name for computer users, developers, and server environment. You may have to pay for a Unix kernel while in Linux it is free.

But, the commands used on both the operating systems are usually the same. There is not much difference between UNIX and Linux. Though they might seem different, at the core, they are essentially the same. Since Linux is a clone of UNIX. So learning one is same as learning another.

Apple was founded by Steve Jobs with 21 years and Stephen G. Wozniak with 26 years in Palo Alto/California in 1976. On January 24th, 1984 the success of the Macintosh computer and Mac OS operating system started with the market announcement by Steve Jobs.
Operating System Mac OS / macOS
Sophisticated Operating System
A/UX
ProDOS

The American Telephone and Telegraph Corporation can look back at a long history and numerous innovations. The first UNIX version was published under the name UNIX time sharing system V1 in November 1971.
Operating System UNIX 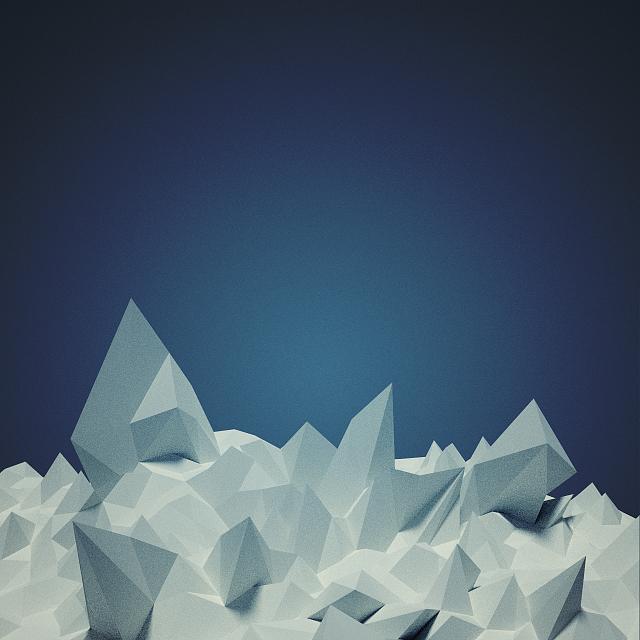 The company Be Incorporated was founded of Jean-Louis Gassée with a couple of developers after his work in the Apple development department in 1990. By the assumption of Palm Inc. for 11 million dollar BeOS is not any longer commercially developed in August 2001. The BeOS Community and some BeOS developers keeps the support for the future.
Operating System BeOS
Operating System BeIA

Cray was founded in 1972 by Seymour Cray at the age of 47 years. Since 1951 he was mainly and with great engagement engaged in the development of high performance calculating machines.In 1989 Cray leaves the research institute Cray Research and founds the Cray Computer Corp. in Colorado.
Operating System UNICOS

Jordan Hubbard started the FreeBSD project in November 1993 by forking source code from the 386BSD operating system. FreeBSD bases on 4.4 BSD Lite release for x86 computers of March 1994 and has his strengths in the network area.
Operating System FreeBSD
Based on FreeBSD: DragonFly BSD, ekkoBSD, PC-BSD, PicoBSD

Bill Hewlett and Dave Packard founded HP in 1939. At the beginning oscillographs were produced and commercialized. HP-UX is based on the UNIX System V Release 4 and was designed by HP for the RISC architecture of Motorola since 1982. It is a pure server operating system with high availability and flexible memory and security management.
Operating System HP-UX

Computing Tabulating Recording Co.(CTR) was founded in New York on June 15th, 1911. CTR was then renamed in International Business Machines in 1924. In 1975 IBM produced for the first time a personal computer (PC), the model was called 5100 and introduced the term PC to the world.
OS/360
Operating System AIX
Operating System MVS
Operating System OS/2

Michael Robertson had announced the beginning of an ambitious project in August 2001. Programs of both Windows and Linux can be installed and executed easily. In the legal controversy about the word similarity of the name Lindows to Microsoft Windows, the opponents agreed about the renaming of Lindows in Linspire till the End of October 2004.
Operating System Linspire (LindowsOS)

MandrakeSoft was founded in France in 1998. Mandrakesoft published the take-over of the Linux enterprise Conectiva leading in Brazil and Latin America on 24th February 2005. From the fusion of Mandrakesoft and Conectiva, the company Mandriva was formed.
Operating System Mandriva Linux (Mandrake Linux)

Minix was programmed by the computer scientist Andrew Tanenbaum as a teaching operating system for x86 computer. It is related to the AT&T UNIX, however it does not contain any licence requiring source code of UNIX so that it is free of charge to be used and sold.
Operating System MINIX

NetBSD is a UNIX derivative and is descended directly from the Berkeley Networking Release 2 (BSD Net/2) and was published for the first time in March 1993. The strengths are besides the UNIX relationship in the platform the general application of a stable operating system in research and development areas.
Operating System NetBSD

Novell has his roots in the computer manufacturer Novell Data Systems in 1979. In January 1983, this company was renamed to Novell Inc. with the new target to develop and commercialize software and hardware for use in networks. Inventor of Novell NetWare for enterprise server and workstation clients.
Operating System NetWare
Operating System SuSE Linux, OpenSuSE

OpenBSD is descended from NetBSD 1.0 (1994) and split in October 1995 through Theo de Raadt in an independent distribution. OpenBSD claims to be the safest open source operating system and licensed under the BSD licence. OpenBSD has a secure base through the 'Secure by Default' concept and many code audits.
Operating System OpenBSD
Based on OpenBSD: MirOS BSD, emBSD, Anonym.OS, OliveBSD

QNX is a real time operating system designed for critical tasks. Developed by QNX Software Systems it has a structure similar to UNIX and is compatible to POSIX. His strengths are the development of software, control of industrial roboters and embedded devices.
Operating System QNX

In 1996 a small group of persons had decided to create a completely new operating system that can execute Windows applications. At first this project was called FreeWin95 and had some start-up problems. In 1998 the nearly given up project was reanimated by the new project manager Jason Filby and renamed in ReactOS. The aim definition of ReactOS is to become a Windows NT/XP compatible operating system.
Operating System ReactOS

The company Red Hat with company headquarters in the USA North Carolina was founded 1994 by Bob Young and Marc Ewing. From the beginning the open source operating system has played a high role for the enterprise concept.
Operating System Red Hat Linux
Based on Red Hat Linux: Fedora Linux, CentOS

SCO was founded in 1979 of the both brothers Doug and Larry Michels who developed the UNIX derivative SCO UNIX for Intel computers. SCO showed the next company plan at the 'Forum 2000' after the sale of the UNIX business to the Linux company Caldera. Caldera split up the complete UnixWare and Open Server operating system business into the SCO Group.
Operating System UnixWare

Silicon Graphics was founded by 8 persons in 1982. SGI is manufacturer of workstations, servers and also sells supercomputers and clusters for effortful graphical computing. SGI has his headquarters in Mountain View, California and is leaded by Rick Beluzzo as CEO.
Operating System IRIX

The society for software and system development is a subsidiary enterprise of SuSE Linux AG. SuSE was founded on 2nd September 1992 by Burchard Steinbild, Hubert Mantel, Thomas Fehr and Roland Dyroff and offers a unique Linux distribution in the European area. Novell announced the take-over of the company SuSE Linux on 4th November 2003.
Operating System SuSE Linux

Symbian is the operating system of Symbian, formerly software house of Psion. Symbian has licensed Symbian OS to companies which are big players in the market of High Technology mobile telephones. Symbian, EPOC, the Symbian logo and Symbian Developer Network logo are registered trademarks of the Symbian Ltd.
Operating System EPOC, Symbian OS

yellowTAB was founded in Germany, Stuttgart by 10 persons. This company acquired the license from Palm to use and develop the BeOS source code. The software publisher magnussoft takes over the YellowTab Zeta operating system starting from May 2006 and provides exclusively the world-wide distribution and development.
Operating System Zeta, BeOS derivative