Robert Lewandowski scored his 20th top-flight goal of the season from the penalty spot after an inexplicable handball from Florian Neuhaus, and Leon Goretzka had Bayern cruising at Borussia-Park in the 26th minute.

However, Hofmann struck twice in the space of 10 minutes to send the teams into half-time level and Neuhaus atoned for his earlier error with what proved to be the winner in the 49th minute. 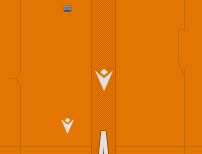 Gladbach consequently became the first team since Cologne in February 2011 to defeat Bayern in the Bundesliga after falling 2-0 down.

Lewandowski put Bayern in front from the penalty spot following a bizarre handball by Neuhaus, though referee Harm Osmers only pointed to the spot after a VAR check. 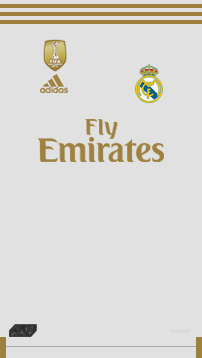 Gladbach reduced the deficit when Rami Bensebaini regained the ball high up the pitch and a quick passing move ended with Hofmann sliding Lars Stindl's throughball past Manuel Neuer.

The hosts drew level in first-half stoppage time when Stindl dispossessed Joshua Kimmich and fed Hofmann for another cool finish - the VAR confirming he was onside when the pass was played.

Gladbach completed the turnaround four minutes after the restart, Hofmann intercepting Niklas Sule's pass and teeing up Neuhaus to curl a wonderful effort into the top-right corner.

Marco Rose's men sat deep and Ginter cleared a header from Sule off the line in the 91st minute, opening the door for RB Leipzig to replace Bayern at the Bundesliga summit if they can beat Borussia Dortmund in a mouthwatering clash on Saturday.

What does it mean? Worries at the back for Flick

Bayern's defensive struggles continued against Gladbach, with Neuer now on a 10-game run without a clean sheet in the Bundesliga for the first time in his career.

He was not helped by Benjamin Pavard giving away possession prior to Hofmann's first, while Sule played a role in allowing the other two Gladbach goals. 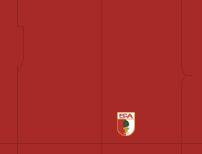 Securing the future of David Alaba, who will be out of contract at the end of the season, never seemed quite so important.

Most teams would think the game is beyond them when falling 2-0 down to Bayern, but Gladbach captain Stindl led by example to turn the game around. He set up both of Hofmann's goals with a pair of quality passes and contested 11 duels before being substituted in the 82nd minute.

Sule replaced Jerome Boateng in the centre of defence but endured a disappointing outing. He played Hofmann onside for the equaliser just before half-time and within minutes of the restart his stray pass resulted in Neuhaus putting Gladbach in front.

- Bayern's unbeaten run in all competitions since a 4-1 loss against Hoffenheim in September was halted at 20 matches (W16 D4)
- Lewandowski's haul of 20 goals in the first 15 matchdays equals Gerd Muller's all-time best mark at this stage of the season, set in 1968-69.
- No team boasts more Bundesliga victories over Bayern than Gladbach, who are now tied with Werder Bremen on 26 wins against the Bavarian giants.
- Only in 1977-78, with 50, had Bayern scored more than their current 46 after 15 matches. However, the last time they leaked more than the 24 they have let in during this period was 1981-82 (25).

Bayern are in DFB-Pokal action against 2. Bundesliga side Holstein Kiel on Wednesday, while Gladbach have a week to prepare for a Bundesliga clash with Stuttgart.