Well... first, I should say that Baldr Force EXE was the thirty-fifth untranslated VN I played. At the time, I didn't have a controller, and I ended up suffering from horrible wrist pain from playing using the keyboard. So my first piece of advice to anyone trying to play this game is to get a controller (most are compatible) that you are comfortable using. This shares basic gameplay with Baldr Skydive, though that game's battle system is quite a bit more advanced. As such, feel free to search my Random VN Thread for my comments on it, lol. It is an action-based system where you use three attack buttons in combination with being at short or long range, dashing, or sprinting (short dash) to combo up to twelve different attacks ranging from fist strikes and submachine guns (you'll use the submachinegun attack throughout the game, because of its utility) to beam bazookas and landmines.

The actual story of this game is very different from what you'd expect from a similar VN today, simply because the choice of characters is different from what most modern readers have grown to expect. There is very little of the 'manzai' comedic byplay that is common to almost every VN made after 2006, and there are bad endings and horrible things that happen to the heroines just in the normal course of the route. While bad endings in themselves aren't rare, ones with story as extensive as these are a bit rare, lol.

This VN's art quality is probably about the best you'll see in any VN from the same era. The CGs, the tachie, and the backgrounds are all about as detailed as you can expect from a VN made around the turn of the century, and all the characters are well-differentiated from each other (though the designs are familiar from various anime that ran before or around the same time).

BALDR FORCE EXE Resolution is an OVA based on the game Baldr Force EXE and was released on October 11, 2006. The OVA consists of 4 episodes and was directed by Takashi Yamazaki. FUNimation Entertainment licensed the OVA for North American distribution on July 21, 2007 and was released on May 20, 2008 including all 4 episodes on one DVD. Funimation released the OVA under the name Baldr Force.

The musical quality is pretty high... no generic tracks here, though there are remixes of them in later Baldr games. Voices are a bit (quite a bit in some cases) less professional or more grainy than you'll have grown used to with modern VNs, though it isn't so bad as to break the experience.

The protagonist is a young hacker who is a typical rebellious youth who ends up caught in a nasty situation through his own stupid actions. If you know basic tactics, you'll frequently find yourself facepalming early on because of the sheer stupidity of some of the things he does. Nonetheless, compared to the hetare or 'normal' protagonists that are common to most VNs, he is a definite improvement.

There are a total of six heroines: Minori, Ayane, Ryian, Tsukina, Hikaru, and Ren. The route order is locked in stone, with you having to play Minori and Ayane, followed by Ryian and Tsukina, followed by Hikaru, then finally Ren as the 'true' heroine. Each heroine has multiple endings (one sad/bad one good at the very least) and a strong individual route that splits off at some point from the main route. Tsukina's route splits off the earliest, almost at the very beginning, whereas most of the other paths (except Ren's) split off about halfway through the game. This leads to lots of separate events with each heroine - none of them pointless. Just to warn you, like all Baldr games, the setting and story are fairly dark, so don't go in expecting rays of sunshine.

If I were asked which - besides Ren's - stood out the most, I would say Ryian's or Tsukina's stood out the most. Both paths follow unique progression that puts you through an experience almost completely unconnected with the others in general flow. Ryian's is perhaps the hardest emotionally, whereas Renn's is by far the hardest in terms of gameplay.

My overall thoughts on the game generally focus on the simple fact that going through six heroine paths in a VN with gameplay is frigging exhausting. Not only that, but there is a definite feeling of information overload afterward... which isn't necessarily a bad thing. Nonetheless, the actual raw story is very well-written, if in a convention many newer VN readers won't be accustomed to. At the same time, the scenario design is of the highest quality... reminding me why Giga should never be allowed to make VNs outside the Baldr series, since it makes their normal works look like crap. 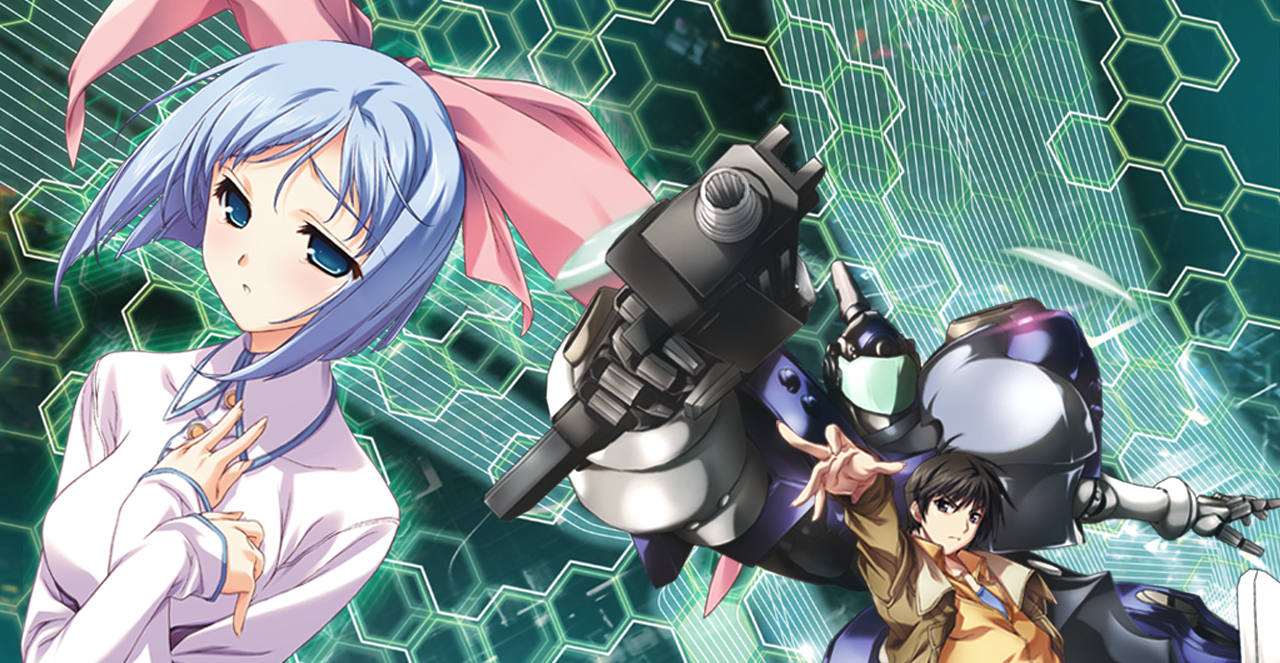 The main character is a hacker, operating a 'Simulgram' inside the web-space. One day, his hacking team tried to infiltrate the database of the military, but got involved into a battle between the military and a terrorist organization. His good friend died in the incident, and he vowed revenge.